Questions about our Data Recovery and Pricing?

We offer free consultations and have our certified technicians on standby waiting for your call.
Begin Your Data Recovery

Check Out Our Reviews

I could not be happier with the service. Kostas and his team are professional and fast. All the data from my laptop was recovered.
Jim W.

My external drive was working very slowly while I was using it on an older Windows computer that was working fine. I ran a Disk Cleanup and Defrag and the drives operation seemed to get worse. Then I noticed that thousands of photographs and music files were gone! I brought it to the Geek Squad (GS) at Best Buy in Dedham. I had asked them to recover thousands of photographs and music files. GS transferred what they could from my affected external 1 TB drive onto another external drive that I supplied. They did not recover any files that I was not able to access. I told them that and they said it would require a data recovery process where they would send the drive to a distant location and that would cost at least $900. The gentleman I spoke with suggested that even though GS does data recovery, I should take it to any 3rd party recovery company! Mass. Data Recovery was the first place to come to mind. I went there and met with Kostas and he explained the many aspects of the recovery process. It was clear to me that he was a professional and had done this type of work for many years. He was quite conversational about the work that they do. I am sure that with his great reputation, he gets a lot of work that keeps him and his staff busy. Yet, he took time to talk about the valuable do’s and don’ts about computer maintenance. He did a quick evaluation and felt he could probably recover all of the missing files. He sent me an email the next day. He was able to recover everything! He and his staff are very professional and trustworthy. I will definitely return to the Mass. Data Recovery/Computer Domain if I need assistance again. I would highly recommend him to anyone with computer troubles.
Claire C.

I was so impressed with Mass Data Recovery. I had brought my computer to a national chain-store to be repaired and was told my data was not recoverable and directed to buy a new computer. I found Kostas and he salvaged my hard drive and fixed my computer in one night. I will always bring my family's computers here from now on.
Thomas S.

I got the data I needed from a failed hard drive quickly. I could not be happier with the service provided.
Michael D.

Kostas is great! He recovered all my data from a crashed hard drive on my laptop. Honest guy and fair prices. I highly recommend him to anyone with computer troubles.
Daniel F.

I had all but given up getting my data back after bringing my hard drive to three separate data recovery 'experts' prior to reaching out to Mass Data Recovery. I wish they were my first stop. In just one day, I had all my data back. They are very professional and trustworthy.
Sharon M.

Kostas was extremely helpful in recovering data from a damaged USB! He kept me informed, did the work in a timely manner and was extremely knowledgable. I have used The Computer Domain in the past and have always been extremely satisfied.
Jim M.

I highly recommend Kostas and his team! Kostas is honest and ethical - he did exactly what he said he would do in a very timely and professional manner. I had tried a "national" recovery company, before finding Kostas, and I felt like they (the national company) were just trying to extort money from me in an effort to capitalize on the crash of my SSD. I will be using Kostas for any such backup and recovery projects in the future - he is the "gold standard" for these types of IT services. Thank you again - Kostas!
Robert M.

Kostas recovered very critical data from a dead Seagate harddrive for a client of mine within a day. Thanks to him, they were back in business quicker than I could ever had hoped for. I highly recommend him.
Rhythm RoomLive

Kostas was awesome. My hard drive crashed and he was able to recover ten years of family photos and personal data. His pricing is extremely reasonable and I got my data back in a few days. I highly recommend this company!
Dennis L.

Worked with Kostas and the Mass Data Recovery team many times in the past with exemplary service and support. They have gotten my business out of many jams by recovering important information that I thought was lost for good.
Cin JW

My 4G Micro SD card got corrupted on my phone somehow and there were over 900 picts that I had neglected to back up at any point. I had several friends, savvy computer whiz's, I worked with try to recover them to no avail. After searching, I found Computer Domain and spoke to Kostas about the possible chance of recovering my photos. He went in to detail about the possibility and costs associated with it and I made the decision to take the chance! I drove to Dedham, dropped the SD card off on a Saturday and by Monday, Kostas had called to tell me he was able to recover 962 photos with the loss of only 4 and one video. I can't tell you how elated I am and what a great job they did at a reasonable price. I would HIGHLY recommend Kostas and Matt to anyone that has lost data on a phone, computer, camera card, etc. They know their business and were GREAT to work with! Thanks so much!
Tom C.

I brought them a hard drive that had had Windows 8 reinstalled over itself. I thought all my client's data was gone, but they were able to recover everything. Absolutely amazing work. They were very knowledgeable and really cared. Oh, and the price.....it was less than the "Analysis Fee" charged by the larger recovery services.
Gene B.

Matt and Kostas were very knowledgeable and helpful. They provided a timely and accurate assessment of the problem with my Mac and successfully recovered all the data. They also helped me move true recovered data to my new computer and back it up. Grate job. Thanks guys!
Lisa N.

I had a similar experience to Matt. The hard drive on my Macbook Pro (purchased 8 months ago) was failing and I needed to transfer the files in order to have the hard drive replaced. I was very nervous about the process - and didn't want a company to take advantage of the fact that I was at their mercy. The team at Mass Data Recovery was excellent. I dropped my external hard drive off in the morning (they even made special arrangements so that I could drop it off at 6:30 am on my way to work) to transfer the files, and received an email later THE SAME MORNING that they had successfully transferred all the data and I could pick everything up! No extra charges, no hidden fees. I truly couldn't be happier with the service. Mass Data Recovery in Dedham is very professional and reputable. I wouldn't hesitate to recommend them to my friends and family.
Pamela W.

This review is long overdue as it was about 10 months ago that I had my data retrieved. My desk top completely died on me and apple told me there was nothing they could do to fix it or retrieve my data. Fortunately, after a lot of research and reading reviews that spoke of Kostas honesty and trustworthiness, I decided to bring it to him at Mass Data Recovery. Just as everyone has said in previous posts Kostas is a rockstar!! Not only did they recover 15 years worth of family photos but it was quick and reasonably priced. Plus he followed up the following month to make sure everything was going well with the data he transferred for me. He is kind, professional, fair and honest.
Bernard M.

Kostas and his employees are polite, well-versed in computers and data recovery. Turnaround was 24 hours and they were able to recover data from my 10 year old external HD. I highly recommend Kostas and his company for any computer needs.
Kia M.

Honesty! In addition to being a very professional team and knowing what they do, Kostas and his team are very transparent and honest about how they operate. He diagnosed my hard disk problem by my description of what happened and provided an estimate rage to recover my data. A day later, he told me it was a simple recovery and charged me at the lower end of the range. I was very satisfied with the speed and efficiency of their work and they kept communicating with me throughout the process. I highly recommend them as a professional and honest business.

Check Out Our Other Reviews: 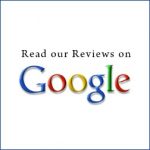 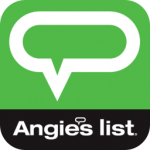 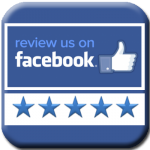 Already a Customer?  We love reviews and appreciate your feedback!

"Data Emergency?
We Can Help!"

"Data Emergency?
We Can Help!"